GPL Odorizers, the manufacturer of odorization equipment, is pleased to announce that our odorizers now have a Spanish mode within their industrial control system. This custom mode assists our Spanish-speaking domestic and international users.

When seeing an increasing interest in GPL Odorizers from Central and Latin America, I learned that many South American countries would soon require their gas companies to odorize natural gas distributed to their customers.

As a bilingual senior technician for GPL Odorizers, I’ve encouraged the company to provide its sales and datasheets of its odorizers and products in Spanish over the years. But I wondered about the brains of the odorization system itself, the Horner controllers.

The controllers provide the operator interface with text-based touchscreens to operate the system. A Spanish-speaking person may have difficulty navigating the controller if they aren’t fluent in English.

The GPL odorization systems utilize the latest technology in a leading 7-inch Horner PLC. Through my efforts and Harrison Baer, a GPL Odorizer Programming Engineer, we developed the Spanish mode for the GPL 750 and the GPL 10000. This new feature provides a more user-friendly experience for a Spanish-speaking customer.

Here is an example of one of the controller touchscreens in Spanish mode. 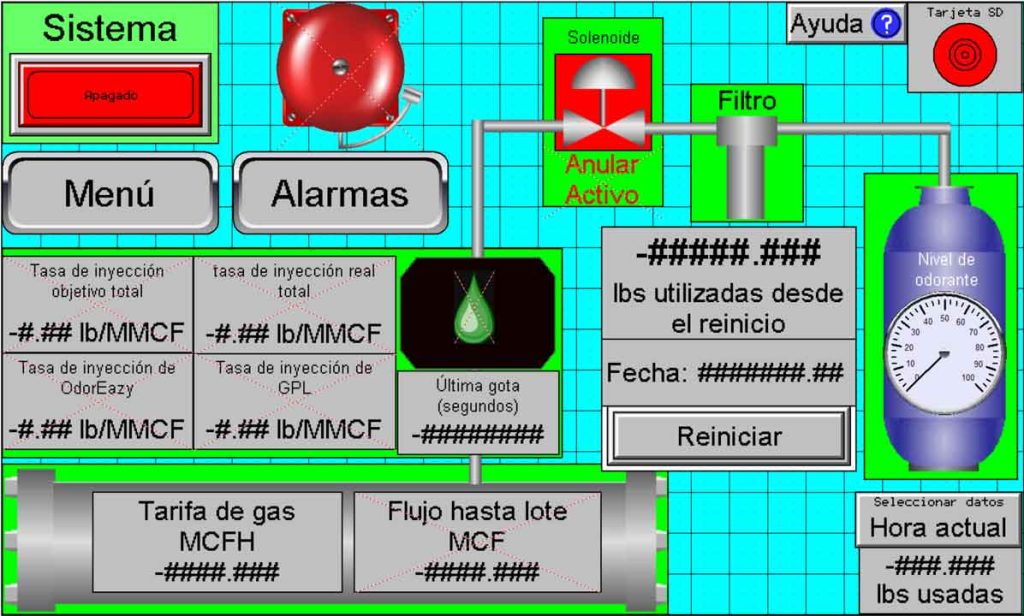 The Spanish mode presents all the standard functionality of the odorant injection units; odorant level, alarms, maintenance, usage, etc. It also includes our 24-hour service line on the main screen for customers requiring support. While not all of our call center is bilingual, a significant portion of the staff is.

The Spanish mode is available for Latin Americans and domestic users, given that the United States has the second largest Spanish-speaking population in the world behind Mexico.

At GPL, we always look for new ways to support our customers.

If you have questions, please message us.