GPL Odorizers has replaced the GPL Z9000 odorant injection system with the GPL 750 odorization unit. The company will provide support for the odorizers in the field and sell parts for the discontinued odorizer until December 31, 2019, or while supplies last. 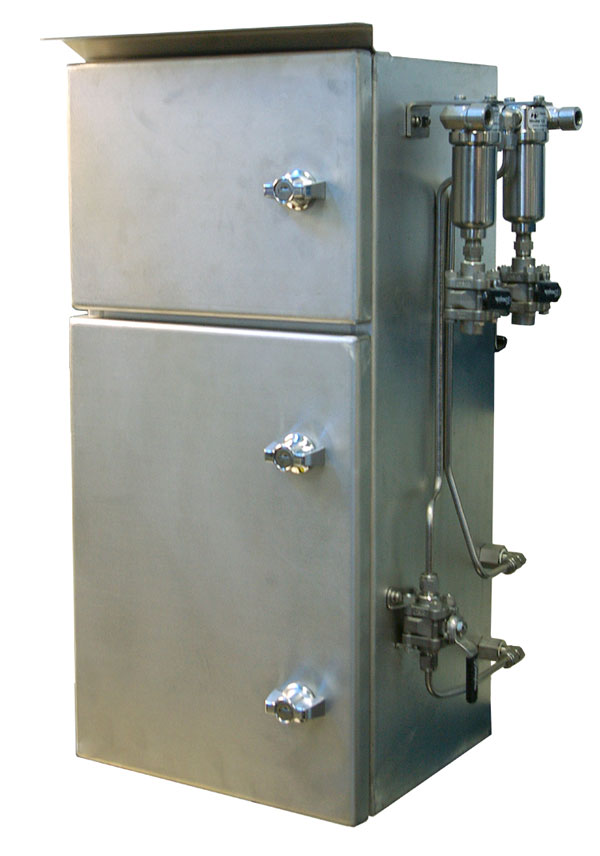 The GPL Z9000 odorizer (pictured) has been discontinued.

Zeck Systems originally designed and manufactured the Z9000 odorizer. Sentry Equipment acquired Zeck Systems in 2010, and GPL Odorizers purchased the odorization line in 2015. The Z9000 was introduced in 2003 as a simple, low maintenance and ventless odorant injection system. 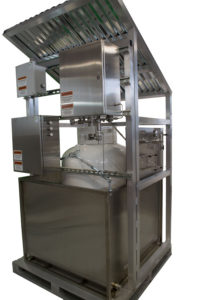 Pictured above is a customized GPL 750 complete odorization system on a portable skid.

The GPL 750 odorizer replaces the Z9000. The GPL 750 uses the original patented drip technology to deliver uniform and precise odorant injection over a wide flow range, including no flow and intermittent flow. This much-improved design, over its predecessor, uses advanced technology, including a PLC using open IP addressable pages for secure remote access and control. Therefore there is no additional expense for proprietary software. The 750 also has real-time alarms, offering notifications to smartphones.

GPL Odorizers will sell Z9000 parts through December 31, 2019, or while the components are available. The manufacturer warns that many of these parts are out of its control, particularly the CPUs. While GPL speculates that parts will be available through 2019, the company encourages that Z9000 owners acquire components now while they are available.

The manufacturer further states that given that the software and electronics of the Z9000 are becoming outdated, along with the sunset of Windows 7, the parts uncertainty, and that there will be no further software updates for the Z9000 Bristol controller, the manufacturer encourages that Z9000 users consider making plans to replace their units.

GPL Odorizers further suggests that well-maintained tanks, drip mufflers, tubing, and wiring of an existing Z9000 installation may be used with a new GPL 750. Additionally, the manufacturer has received positive feedback from Z9000 users who have tested the 750 and suggested that the new unit is even more straightforward, easier to operate and maintain, does not require expensive replacement parts, and is more reliable.

Any cookies that may not be particularly necessary for the website to function and is used specifically to collect user personal data via analytics, ads, other embedded contents are termed as non-necessary cookies. It is mandatory to procure user consent prior to running these cookies on your website.