A History of Odorization from Water Gas to Natural Gas

Whether water gas or natural gas, the desire to keep people safe has always driven the history of gas odorization.

In Europe, during the early 1800s and the gas industry’s initial stages, town gas was manufactured for lighting and heating. This gas was produced from coal’s carbonization, containing mostly hydrogen and carbon monoxide, and was poisonous. The gas also contained sulfur compounds and innately had a gassy odor, so if there was a leak, it smelled.

The first odorization (i.e., adding an odorant to gas so that it is detectable by smell) occurred in Germany during the 1880s. Von Quaglio added ethyl mercaptan to water gas in that situation to reproduce the gassy odor associated with town gas and make it detectable.

Tragically, however, the New London, Texas disaster was the impetus for widespread odorization. 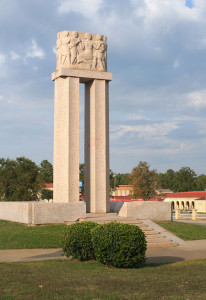 The New London, Texas economy was boosted in 1930 through an oil find in Rusk County. As a result, the London School was built in 1932 at the cost of 1 million dollars and was considered a modern steel-framed building. In 1937, the New London, Texas, school board decided to cut costs by dropping their contract with the United Gas Company. With approval from the superintendent, plumbers tapped a residue gas line from a local oil company to use green or wet gas. The oil companies typically would flare off this waste gas. However, utilizing the waste gas became a common money-saving practice for buildings on the oilfield at that time, although the oil companies did not explicitly authorize its use.

The odorless and undetectable natural gas leaked from the residue line’s connection and made its way into the crawlspace, which ran the school’s length. The gas built up until there was a spark igniting the gas. The explosion left behind a collapsed building, with as many as 295 deaths.

As a result of the disaster, the United States and Canada began regulating the use of odorants in gas. The current US regulation is 49CFR, 192.625, “Odorization of Gas.” It mandates that any combustible gas within a distribution line and transmission line (exceptions noted in the rules) must contain odorant at the level of 20% (1/5) of the lower explosive limit so that a person with a “typical” sense of smell can detect it. To read the current regulations, we have posted them at  What are the Natural Gas Odorization Regulations?

49 CFR 192.625 a New London School odorization odorization regulations
A History of Odorization from Water Gas to Natural Gas 2022-02-21 2022-08-10 https://www.gasodorizer.com/wp-content/uploads/2020/08/gpl-odorizers.svg GPL Odorizers https://www.gasodorizer.com/wp-content/uploads/2016/04/fire-1030751-1200-m.jpg 200px 200px
About
MercapMan of GPL Odorizers
Methyl MercapMan is the company mascot for GPL Odorizers. MercapMan is here to educate the industry and public on the importance of odorizing natural gas. MercapMan, a/k/a "the good egg" wants everyone to know that the nasty, rotten egg smell commonly associated with natural gas is there for a reason.
Showing 17 comments

What is natural gas odorization?Educational, Regulations